Passive noise control is sound reduction by noise-isolating materials such as insulation, sound-absorbing tiles, or a muffler. Traditional passive earplugs such a foam or custom moulded earplugs, use only passive attenuation to reduce the level of sound entering the ear. Their noise reduction performance for low-frequency sounds, especially below 200 Hz, is weak. 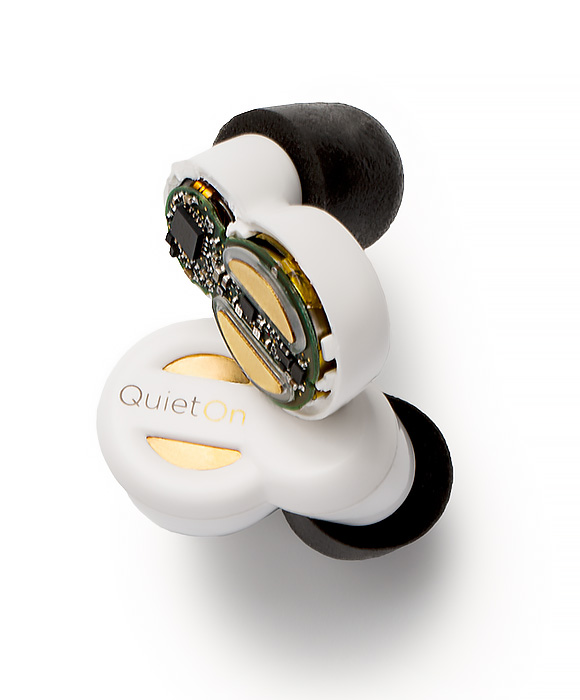 Sound is a pressure wave, which consists of alternating periods of compression and rarefaction.

Frequency of a sound is characterized as a periodic vibration of air pressure. It is measured as vibrations per second, and its unit is hertz (Hz). Frequency is the property that determines pitch. It is generally accepted that a human can hear frequencies between 20 and 20,000 Hz, although the range of frequencies individuals hear is greatly influenced by age, hearing loss and the loudness of sound.

Sound pressure level (SPL) is a logarithmic measure of the pressure of a sound relative to reference of 20 micropascals which is the threshold of human hearing at 1000 Hz. This is defined as SPL of 0 dB. Every 10 dB increase in SPL is perceived roughly as doubling the loudness.

NIHL is hearing impairment resulting from exposure to loud sound. When exposure to hazards such as noise occur at work and is associated with hearing loss, it is referred to as occupational hearing loss.

Hearing may deteriorate gradually from chronic and repeated noise or suddenly from exposure to impulse noise. In both types, loud sound overstimulates delicate hearing cells, leading to the permanent injury or death of the cells. Once lost this way, hearing cannot be restored. 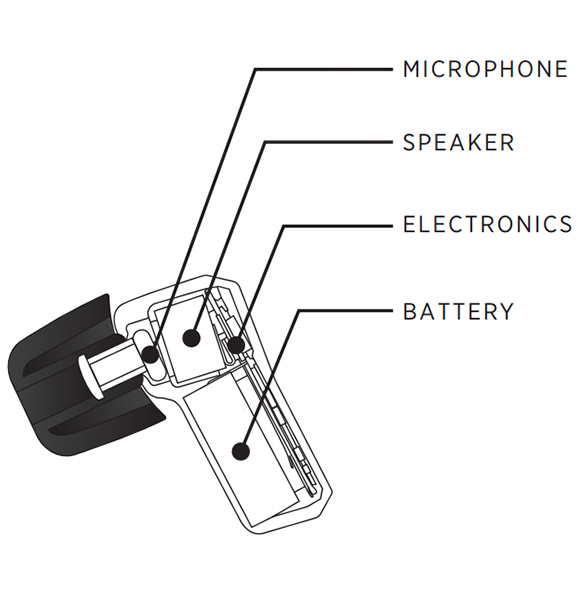 What is exceptional about QuietOn Dental

What is unique about QuietOn is that the microphone that analyses incoming sound is located within the audio canal of the earplug. As a result, the device’s built-in speaker is able to produce specific anti-noises to cancel original sounds more accurately.

By locating the microphone in the air volume of the ear canal, thereby reducing considerably the noises that penetrate the user’s ears. This patented structure also enables reduction of noises conducted by the skull into the ear. 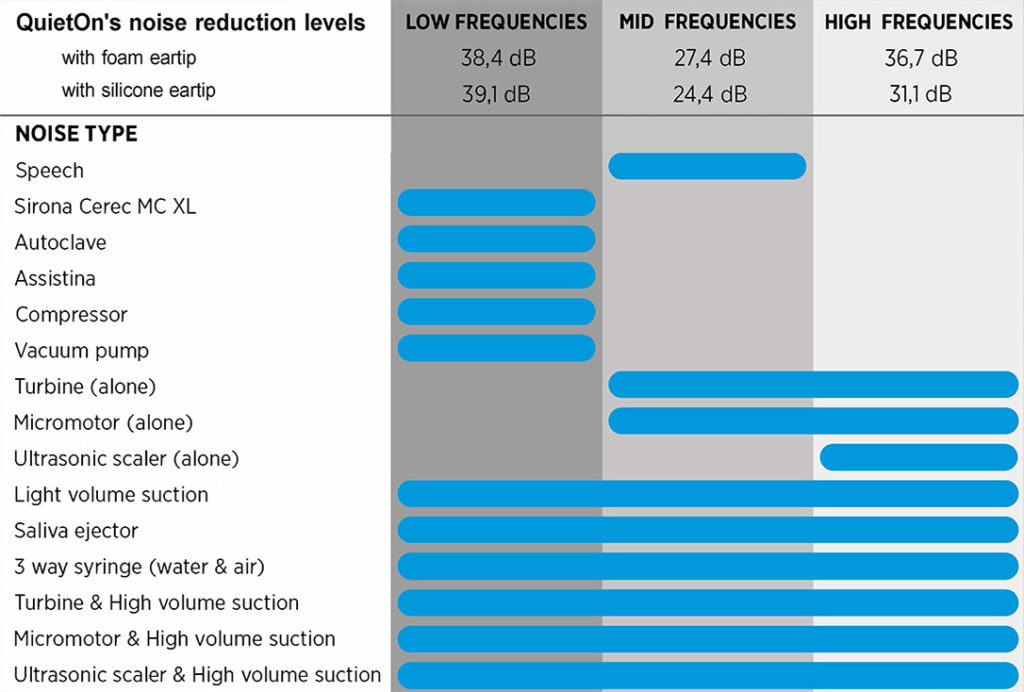